Send us a Mail

Mon - Sun 08:00 19:00
A wave of hate-filled gun violence has swept the United States in the past few days, and now a physicians’ group is releasing new recommendations to reduce firearm injuries and deaths nationwide.On Saturday morning, a man sprayed bullets into a Pittsburgh synagogue, killing 11 people who were attending services, law enforcement said.
Federal prosecutors have filed hate crime charges against a suspect.Another man is accused of shooting and killing two African-Americans on Wednesday at a grocery store in Kentucky in what is being investigated as a hate crime. The incident came moments after he tried to enter a predominantly black church nearby, police said.Both of those shootings occurred within a 72-hour period.
On Monday, the American College of Physicians released new recommendations on how doctors can play a role in reducing gun violence across the country. The recommendations, published in the Annals of Internal Medicine on Monday, had been planned for release before the recent wave of violence.
Those recommendations urge doctors to more regularly ask whether patients have guns in their home and to counsel patients on gun safety.
The recent shootings emphasize “how important and poignant it is for there to be policies that can be really effective in keeping guns away from both those who are either a risk to themselves or to others,” said Dr. Ana María López, president of the American College of Physicians.
“Firearm-related injuries and deaths really continue to be a part of what is harmful to patients and families,” she said. “Gun violence remains an issue in our country, unfortunately, and if this paper can help move hearts and minds to action to prevent these tragedies from happening, that would be a great achievement.”

Where physicians stand on gun policies

The American College of Physicians, a community of internal medicine specialists and subspecialists, says it’s the largest medical specialty organization in the United States and has members in more than 145 countries worldwide.
The group has pressed Congress and state lawmakers for the adoption of policies to reduce firearm-related deaths and injuries for more than 20 years, according to the new paper.
The paper builds on and expands policies that the American College of Physicians approved in 2014, calling for a public health approach to preventing firearm injuries and deaths.
Now, some new or revised policy positions include the college supporting “appropriate regulation of the purchase of legal firearms to reduce firearms-related injuries and deaths” and child access prevention laws that hold firearm owners accountable for the safe storage of firearms.
The paper also noted how the group supports the enactment of extreme risk protection order laws, which allow families and law enforcement to petition a court to temporarily remove firearms from individuals who may be a risk to themselves or others.
Such laws — variously known as ERPOs, gun violence restraining orders and “red-flag laws” — are in effect in Connecticut, Indiana, California, Washington and, most recently, Oregon.
Also, the college favors the enactment of legislation to ban the manufacture, sale, transfer and ownership of rapid-killing semiautomatic firearms for civilian use that are designed to have increased rapid-killing capacity and large-capacity magazines, along with retaining the current ban on automatic weapons for civilian use.
CREDIT: CNN 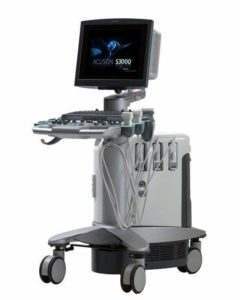